When you book with an account, you will be able to track your payment status, track the confirmation and you can also rate the tour after you finished the tour.
Sign Up

Or Continue As Guest

When you book with an account, you will be able to track your payment status, track the confirmation and you can also rate the tour after you finished the tour.
Sign Up
1167
OverviewItineraryWhat's IncludedSafety Measures

Enjoy visiting Cairo’s most popular attractions in one day! Also, you will have a professional licensed tour guide who will explain to you Everything plus the secret information about the historical sites!

Full Description of the tour 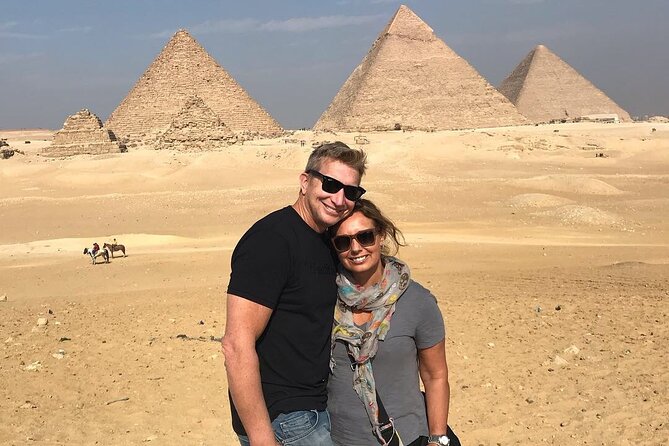 In the morning Our guide will be waiting for you in the private car to start your journey with the pickup from your hotel in Cairo or Giza to head to the pyramids of Giza, the oldest of the Seven Wonders of the Ancient World, and the last that are still standing.
Explore the pyramids of Giza Your guide will describe the story of their monumental building and tell you about their mysteries
Great Sphinx

Afterward, continue on toward the Great Sphinx. The Sphinx has the head of a pharaoh with a lion’s body and dates back to the time of Chephren. This sphinx was made to guard the pyramids of King Chefren. Then head directly to the sphinx and his temple to see the huge building beside the sphinx which they called the temple of mummification You can take many memorial photos in this area and then take a camel ride for around half an hour around the pyramid area and explore many stunning views of this great area and its surroundings.

Then hop on a quad bike and set off to explore the great Pyramids up close. Ride your quad bike around the pyramids and admire the grandeur of the Pyramids of Cheops, Mykerinus, and Chephren from outside the Pyramid Area Then our guide will take you heading to one of the Egyptian local restaurants to eat the most delicious and tastiest dishes.

Continue your day tour to Sakkara which is located only about 16 1/2 miles (27 KM) southwest away from Cairo. Here, you’ll visit the Step Pyramid that was built for King Zoser. It is considered an important part of the process of pyramid evolution which was made from the simple mastaba to its widely known form. This portion of the tour will last about 2 hours

Then you’ll continue your day tour to Memphis, the ancient capital of Egypt, where the colossal statue of Ramses II and the Great Alabaster Sphinx are. This city dates back to 3100 B.C

Finally, our agent will transfer you back to your hotel in Cairo or Giza 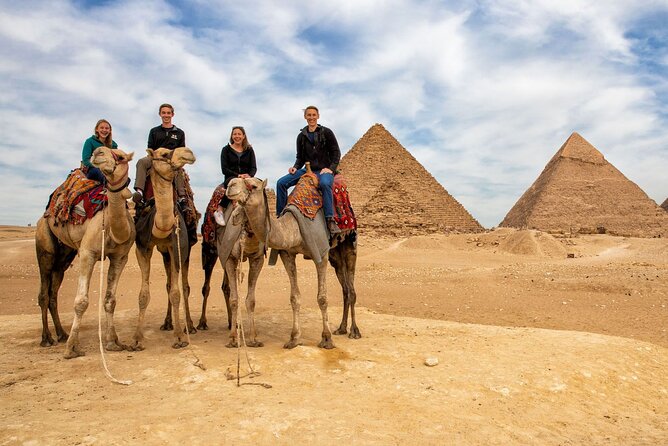 The Great Pyramid of Giza is the oldest and largest of the pyramids in the Giza pyramid complex bordering present-day Giza in Greater Cairo, Egypt. It is the oldest of the Seven Wonders of the Ancient World, and the only one to remain largely intact. 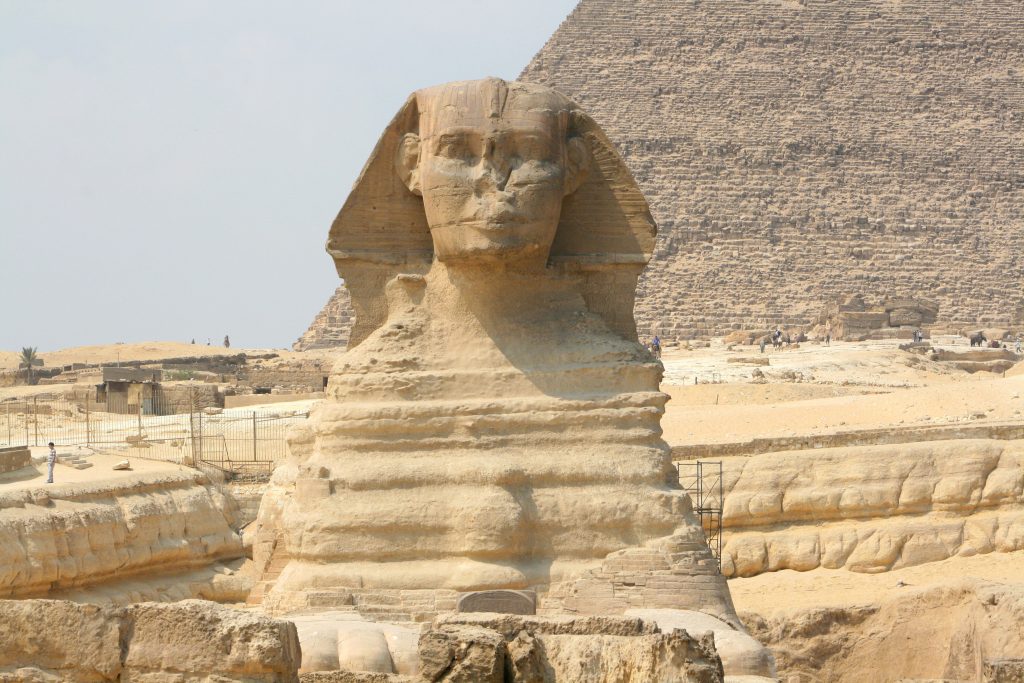 The Great Sphinx of Giza, commonly referred to as the Sphinx of Giza or just the Sphinx, is a limestone statue of a reclining sphinx, a mythical creature. Facing directly from west to east, it stands on the Giza Plateau on the west bank of the Nile in Giza, Egypt

Ride your quad bike around the pyramids and admire the grandeur of the Pyramids of Cheops, Mykerinus, and Chephren from outside the Pyramid Area 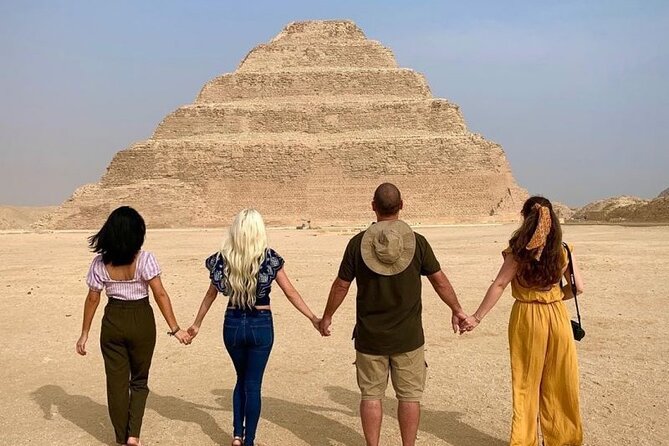 The Pyramid of Djoser, or Step Pyramid, is an archaeological site in the Saqqara necropolis, Egypt, northwest of the city of Memphis. The 6-tier, 4-sided structure is the earliest colossal stone building in Egypt. It was built in the 27th century BC during the Third Dynasty for the burial of Pharaoh Djoser. 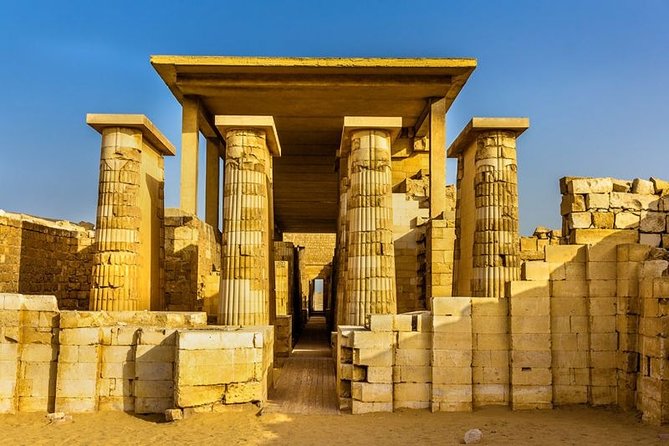 Memphis or Menefer was the ancient capital of Inebu-hedj, the first nome of Lower Egypt that was known as mḥw. Its ruins are located near the modern town of Mit Rahina, 20 km south of Giza in Greater Cairo, Egypt

What to Pack For This Tour

Is this tour a Sunrise flight?

The minimum age for Book is 4 years old

Yes, we Created many discounts and will create more in the future

Why is the price so cheap compared to the other companies?

Our company focuses on providing the cheapest prices in the market, not on financial gains. You will never be surprised by additional fees or hidden costs. We have achieved this, and of course, with our amazing service.

Nice Tours is One of the most successful companies in Egypt We are not just a tourism company that you are booking with, we are your friends who will do their best to make sure you are having a fantastic time And beautiful memories. We can Operate all the trips that you can think of

We are The No. 1 rated company on TripAdvisor

All customers are happy

We are reated 5-star on Google maps, Trip advisor, Expedia and Facebook!

We are available 24/7 a week. You ca call us in any time! Feel free to talk 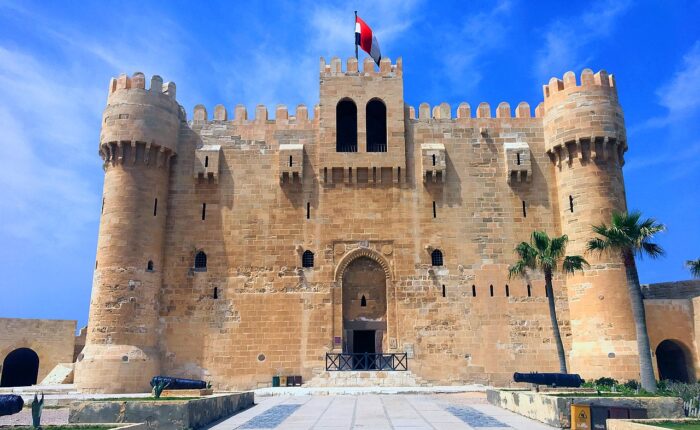 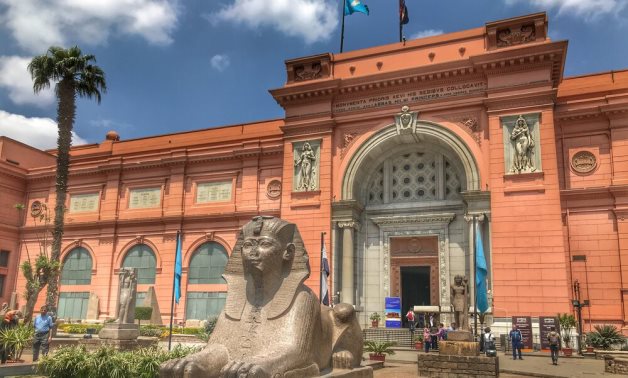 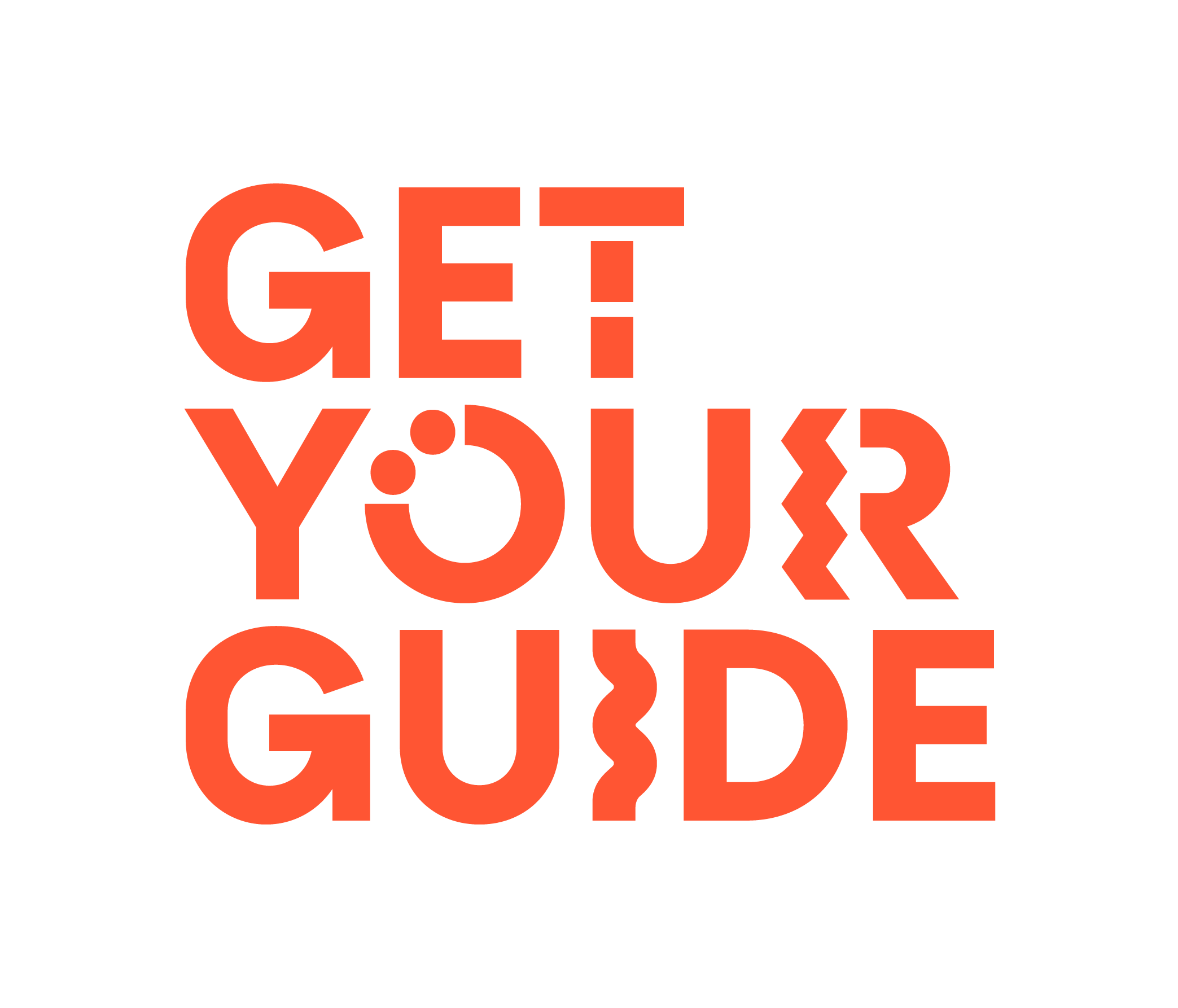 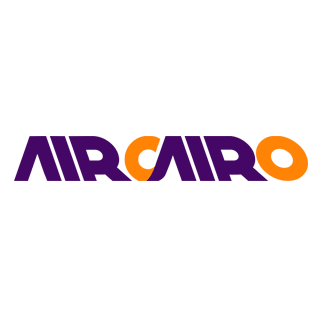 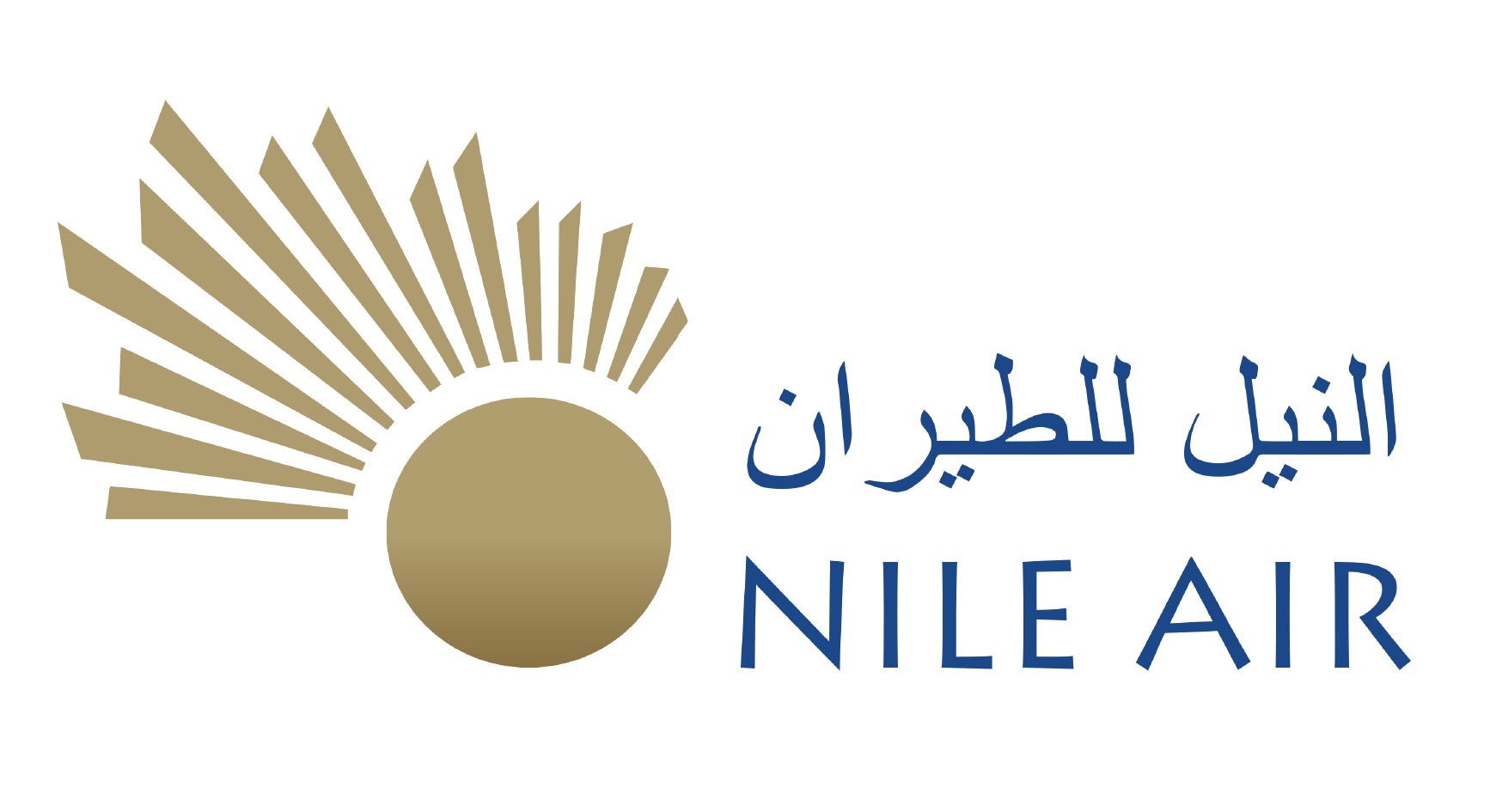 EXCELLENT Based on 9 reviews.

Laura Estupinan
Our tour guide was really nice. The actual tours, the quad bike and felucca rides, were amazing

fady nasr
amazing trip A professional company from the first moment begins to welcome you, we did a balloon trip with this company, we were the highest in the air and watched the sunrise, it was a wonderful trip for me and my wife, and we saw the whole city, the trip was more than 45 minutes, thank you, I recommend this trip.

Gary Wolf
The price was really cheap with a great service. Definitely recommend their services!

Karen Paul
Great Nile Cruise with great guides and drivers. Thank you for this unforgettable experience!

Mady Davis
It was a great tour. Thank you

EXCELLENT Based on 236 reviews.
Imane K
Verified
Smooth and Fun! What a wonderful day! It's difficult to find an activity that attracts to everyone in a family of six adults, but this is it. Our driver, tour guide, pilot, hot air balloon, and other activities! Yola was fantastic guide. Nothing was too difficult for her as she guided us through the various temples professionaly. This looks to be excellent value for money. Thank you, Yola, for a memorable and informative day and for assisting us in creating some lovely lasting memories. truly recommend! Thank you again!…
Florianne L
Verified
BRILLIANT DAY! A must-do while in Egypt! This excursion was made quite simple amazing with Nice Tour. It was simple since they are highly communicative and responsive on WhatsApp. Ali, our tour guide, was really nice and helpful. It was also helpful since he was really patient. He made sure that everyone in our family got their photos shot and enjoyed. The food was also excellent. Thank you for a nice experience, Nice Tour and Ali!!…
Veroni W
Verified
Lovely full day! It was a great tour! Everything we needed to do was covered from the hot air balloon ride to the valley of the kings to the other attractions, Everything was amazing, Thank you:)
Arsalan C
Verified
Wonderful morning, safe flight! Very lovely ride. We got picked up on time from the lobby of our hotel. The ride was incredible with breathtaking views of Luxor top attractions. We had so much fun, Recommend!
Arsalan C
Verified
Hassle free! It was just perfect, Once we land we found the driver "Fawzy" was waiting for us outside the airport, he was very nice and helped us with our heavy bags (we were a family of 5). The van was neat and has enough space for us. Thanks!
Immanuel M
Verified
Fun Afternoon!! Ezz is an excellent host! The experience was breathtaking! Desert, quad, and a lot more. Recommended!
Tiffany B
Verified
It was nice! Our driver, Mahmoud, was outstanding. He made sure that we had the best experience possible. We had plenty of time in Abu Simbel, highly recommend the experience!
Nancy R
Verified
Went Smoothly! Everything was just fine, we found "Mostafa" Our driver ready and waiting for us outside the airport. For me, this experience is much reliable than taking a taxi!
Claire J
Verified
Wondeful time in Luxor!! It was an excellent experience. Rahem, our tour guide, was highly attentive and kind. It was a unique experience that we would definitely repeat.
Walter R
Verified
Sooo Greatful for the wonderful hospitality!!!!! Osama was an outstanding tour guide. He arrived on time and explained all we needed to know so that we could enjoy our experience. I was travelling with my 7-year-old daughter, and he always treated her like a princess. She really loved everything. Thank you for your wonderful…
© 2022 Nice Tours. All rights reserved